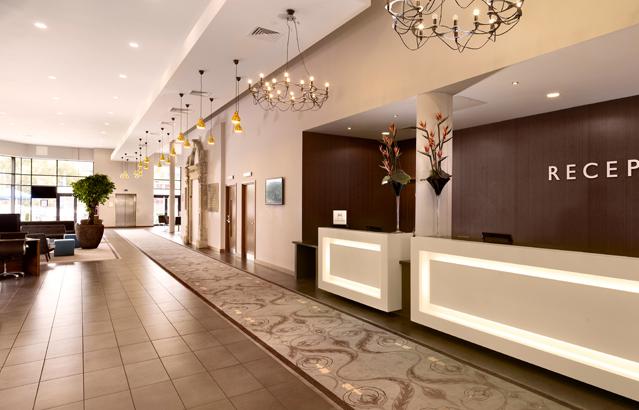 DoubleTree by Hilton raises over £35,000 for the Lincolnshire Bomber Command Memorial

The DoubleTree by Hilton, managed by leaf HOSPITALITY has raised over £35,000 for the Lincolnshire Bomber Command Memorial with their flagship event, The Electric Ball, held at the hotel on 16th May. Attended by 175 guests and hosted by TV personality Gethin Jones, the black tie event featured a champagne reception, 3 course dinner before an 16 lot auction.

The initial fundraising target was set at £25,611, set to reflect the number of Bomber Command Aircrew who lost their lives flying out of Lincolnshire and adjacent airfields. The extensive auction lot list featured money-can’t-buy experiences with the RAF Falcons, the Red Arrows and at Waddington Air Show and a six night luxury stay in Dubai and Marjan Island. The showcase lot, a once-in-a-lifetime trip to Canada to fly in the Canadian Lancaster, the only civilian passenger carrying Lancaster in the world, was auctioned for an incredible £15,000.

Gethin has long supported the Armed Forces and the remembrance of those who have fought and lost their lives for the country. Speaking on the evening, he said "I am privileged to be part of this wonderful event to remember the devastating number of aircrew and ground crew who lost their lives as part of the RAF Bomber Command. It was sure to be an emotive evening, so close to the home of where the majority of these brave and courageous people were based. They shall never be forgotten".

Receiving the cheque, Tony Worth, Lord Lieutenant of Lincolnshire and Chairman of the Lincolnshire Bomber Command Trust said, “The LBCM Trust is enormously grateful to Doubletree by Hilton Lincoln for the fantastic event held on the 16th May to raise funds for the project.  The money raised will help contribute to delivering a lasting tribute to the bravery of those who served in Bomber Command, from all over the world, and ensure that generations to come can learn about the contribution to the war effort made by them”

leaf HOSPITALITY is a Hotel Management Company that operates Hotels in the United Kingdom on behalf of owners.  Set up in 2007, the company works with branded and independent hotels.